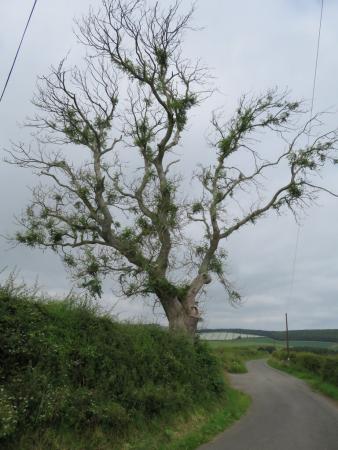 ‘Chalara’ Ash Dieback was first identified in the UK in 2012, although research has shown that it was most likely here since at least 2005. The disease is caused by the fungus Hymenoscyphus fraxineus and affects trees within the ash family, particularly the UKs’ native ash tree- The Common Ash.

The disease may present several symptoms on infected trees and this usually starts with blackening and wilting of leaves and shoots in mid to late summer.  Most of the infected leaves are shed early but eventually the infection progresses from the leaves into the branches and the main trunk. This causes dark lesions or cankers to form in the bark that are characteristically elongated diamond in shape.  These lesions spread up and down the tree from the site of the infection and can eventually spread to cover the whole diameter of the trunk, cutting off the supply of water and nutrients for the higher branches. Ash dieback does eventually cause the trees to die and this is quicker in saplings, and trees that have recently been coppiced and may take many years in more developed trees. In larger trees, ash dieback may present as leaflessness in the upper branches although this can also be caused by a variety of other native and non-native diseases and pests.

It is estimated that up to 95% of Norfolks ash trees may succumb to ash dieback over the next 20 years, this has the potential to have a massive ecological and economic impact alongside the potential hazard for people who work near to or with the trees.

Habitat: Trees in the Fraxinus family 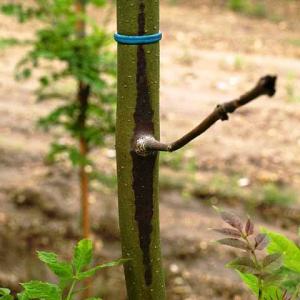 What can be done to save ash trees?

Ash dieback can spread in different ways, including by spores blown on the wind which can travel for up to 10 miles. However, one of the other routes that this disease is spread is through the actions of people. As with many other Non-native species, the best way to prevent their spread is through good biosecurity. This includes not moving organic matter from one site to another, cleaning shoes, bikes, and vehicles between visiting different sites. There may also be hope for UK ash trees in general. Research is being carried out to find trees that are resilient to the disease which may be able to be planted across the countryside in the future to replace those that succumb to the disease.

I’ve found a tree with Ash Dieback, what should I do?

If you think you have found trees with the signs and symptoms of ash dieback, you can report them through TreeAlert(https://www.forestresearch.gov.uk/tools-and-resources/fthr/tree-alert/). If you think that tree neighbouring a roadway or Public Right of Way may be dangerous it can be reported to HERE. If you are the owner of the land within which ash trees are infected with ash dieback you have a legal duty of care to ensure that they are in a reasonably safe condition. As the trees may be dangerous and may not need felling, the best course of action is to contact a tree surgeon for advice. HERE is a list of local tree surgeons who have shown that they have the necessary skills, qualifications and insurance to carry out this work.